This morning “Widows Sons: Outlaw Bikers or Masonic Ambassadors” is on the Amazon Best Sellers list at #1 in Freemasonry, and #3 in Motorcycles History,
I can now claim to be a Best Selling Author. 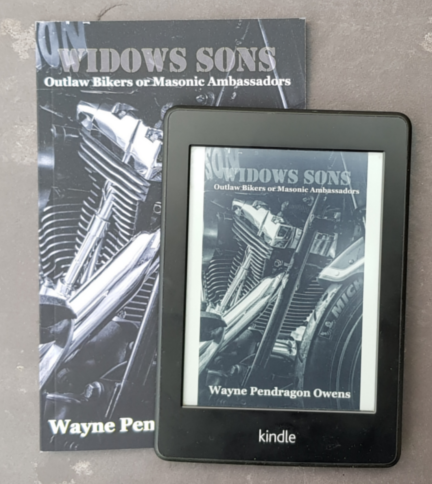 We are fully recognised, and approved by the United Grand Lodge of England, even featuring prominently on the main page of their website. We have had articles about us in multiple issues of “The Square Magazine”, as well as being often mentioned in “Freemasonry Today”, and were the main part of the third episode of Sky’s five-part documentary series “Inside the Freemasons”.

Even so, until recently, not many brethren had heard of us, or knew what it is we do, they may have just seen us an Outlaw biker gang. To be fair we do have some scary looking members.

To help spread word about us, especially in the Province of North Wales, I wrote a talk originally called “Widows Sons – Brotherhood Squared” which I would give at Lodge meetings as a brief introduction of where we came from, who we are, and what we do.

So, who are the Widows Sons?

Are we just a group of patch wearing “Outlaw Bikers”, or if not, how can we claim to be ambassadors for freemasonry if bikers cause so much fear and concern everywhere they go?